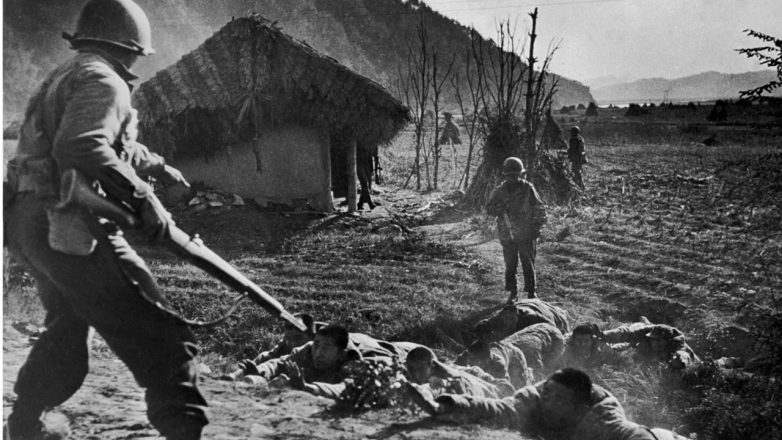 I wanted to share my story with you, as it’s pretty factual and life-changing for me.

I got interested in this field because, since my childhood, I had awful nightmares of battle scenes, and it got to the point where, when I was living in China, I experienced visions while awake of destroyed cities and battle scenes.

When I came to France, I got to know a therapist who made me perform a regression. And under this light hypnosis I got to see many many scenes, most of which extremely violent, of the life and death of a SS-Sturmbannführer who died fighting in Russia, when his tank was destroyed.

There was a LOT of visual details that I could identify. Things such as ranks I wore at different times of the war, medals, and some road signs that I was able to read even though it was in cyrillic.

I was very surprised because, while I do have knowledge about WW2 since I am the grandson of a D-Day vereran (who stormed Sword Beach the day I was born, 6th of June funny coincidence), and son of a former officer of the French army, I never had any interest in the Waffen-SS or the battles of the eastern front.

The amazing this is that I identified this man, or shall I say he came into my life. I had decided not to search for the needle in the haystack (I mean, 2,5 millions german soldiers died between 1939-1945, I didn’t think I’d be able to single one out), but one day, randomly, i ended up reading the name of an officer who, after investigating, died during the battle of Koursk, bore the same ranks and decorations, fought in the same battles I saw in my visions, and died the same way I died in my visions.

The most extraordinary thing is that he was born the very same day I read his name. I have a handful of pictures from him, and we look like we’re related. Same eyes, jaw, nose.

My journey to search for details of his life led me to speak to his son, and grandson, and deliver a message to them.

The life and death of this soldier was the source of endless sadness for him. There is great lessons to be learned from the experience of dying on the battlefield. Once reunited by death, ennemies become brothers, all hate is gone and all we, who passed violently during battle, wish for the living to give up violence, and build bridges when they are ordered to build walls.

I hope that, from the darkness of his life, I can shine a message of love and compassion to others, as hate only leads to destruction and death, and those mistakes from the past still come and haunt us. We need to set ourselves free from hate and ignorance, and build a world where we look at others to find similarities, not differences.