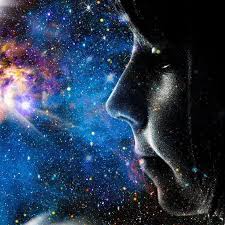 The search for a purpose to life has sent me into a belief in reincarnation. Combine that search with events I have experienced and synchronistic opportunities which enabled me to move, almost effortlessly, in a direction I had previously chosen. The surprising “chance” meetings of people who, from out of nowhere, become dear friends and places I visit which are as familiar as my own backyard…all of it speaks to me as if I am living the middle chapters of a book, still being written by my soul. I get snippets from the earlier chapters and somehow my character was formed in those previous segments. I currently progress through a loosely outlined script free to develop my character in the here and now, all the while creating threads of future story lines and upcoming chapters slated for later release…some in this lifetime, others at later dates. To me the evidence is everywhere.

Although the two best examples of what has become the best evidence of Reincarnation for me are Ian Stevenson and Carol Bowman, I have to honestly say that no one thing alone has ever convinced me of anything. It is, rather, many things combined that have provided a clear parallax view of things that would normally seem impossible. My personal trust that Reincarnation is a real process and it comes from sources too numerous to detail, but I can say that it is a combination of logic, knowledge and experience with life, anecdotes and even science.

Logic implies that, one life alone is too short an experience to give any meaning to life. Knowledge and experience with life has taught me that people are sometimes able to know things they were never taught during this lifetime. Anecdotal case histories by Dr Ian Stevenson, Carol Bowman and others are too credible to be ignored. And, scientific research has provided too much evidence of extrasensory phenomenon which provide a healthy foundation for Reincarnation.

Some may find it interesting that I have left out Religion as one of the many influences for my own belief. Although I don’t wish to diminish anyone’s faith, I also feel strongly that religious dogma is more about politics and the control of populations, and has seriously retarded philosophical and academic freedom to explore and discover the nature of our universe. Religion may have valuable moral lessons in matters of human behavior, but in my humble opinion it has no legitimate role in the validation of Reincarnation. A possible exception, however, lies in Buddhism, which I consider to be more of a philosophy than a religion.

Most religions started on a spiritual guidance and included benign life lessons, but through the ages they have evolved to become tools for control. Even Buddhism has not escaped humanity’s desire for control. Perhaps the most blatant editing of Christianity happened when the gnostic Christians were wiped out by the church.

As Alan Watts puts it regarding Christianity, its current incarnation is one that condemns you more or less for having entered this world as if your physical body is somehow unclean. Religion nowadays always has some methodical system of punishment, whether that be hell or reincarnation as something lower than you are. Even the word karma has been subverted to often mean punishment for your past crimes, when karma simply means action and reaction.

I know skeptics will find everything wrong with Stevenson’s works, but that is because they have decided that reincarnation is impossible beforehand (they follow a philosophical path called naive realism). Regardless I’d say Stevenson’s work is perhaps the biggest evidence out there. It may not be proof, but it is evidence nonetheless, and to elaborate on it further even Carl Sagan admitted that the research intrigued him.