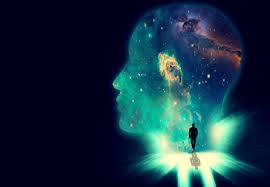 Is there is there a reason for the sensation of Deja Vu? That I don’t know.. but I think it’s got more to do with a realignment of your perception of reality. Much akin to the sensation you get after carrying a load of boxes up the stairs and you think there’s one more and there isn’t. After you step down your body has to compensate for what the physical data is telling you and there’s a moment of disorientation.

But generally speaking, when you’re on the right path, the research does indeed seem to become easier and faster.

I’m hesitant to ascribe deja vu to reincarnation. The human mind loves to fill in the blanks, and if you’re doing something or looking at something, standing someplace, etc., that trips a hazy memory from your current life, the brain will add in what details it wants to to make it fit. You might be looking at a scene of medieval life in a painting or whatnot, for example, and feel deja vu trigger. However, it might not be the entire scene that triggered it but a small element in the scene, a prop, a face, or something, that you have a memory of from this life. But the mind fails to make the connection correctly and instead reaches for the imagination rather than leave a big question mark. As a result, you fail to recognize, say, the vase on the window sill in the painting as similar to one you once saw in your grandmother’s house, and instead feel that you have actually been in that building before, or known the people in the painting.

I can speak of my personal experience of an instance in which I was convinced by numerous uncanny synchronicities and deja vu experiences that I was a certain well-documented person during a past life. I even resembled him, wrote like him and went through some very similar and unique tendencies and life experiences. Sometime later I finally realized that I was not that person. What I experienced was merely an identity with that person, which harnessed my attention to notice other details that I might have normally missed.

This is not to say that your experience with deja vu and synchronicity isn’t being caused by actual memories of a past life. I do feel, however, that we as humans are inclined to give greater subconscious attention to things which capture our curiosity. Take, for example, someone we know buying a certain unique automobile, then suddenly noticing that same exact car everywhere we look…Or, looking at the clock and noticing the time whenever it turns 11:11. Our subconscious is aware of everything around us, but our conscious mind only takes notice when some sort of trigger activates our attention.

For what it is worth; although I have personally accepted the possible reality of Reincarnation, I have given up the pursuit of my own former identities, because I have realized that this life is the only one that I am responsible for. Some of us may have clear memories of who we were, and I can only guess that there may be good reasons for remembering such things. Each case is different, and only the person experiencing possible memories can judge what is real vs. what may be imagined. But, what is more important is what we can learn from such experiences, real or imagined.