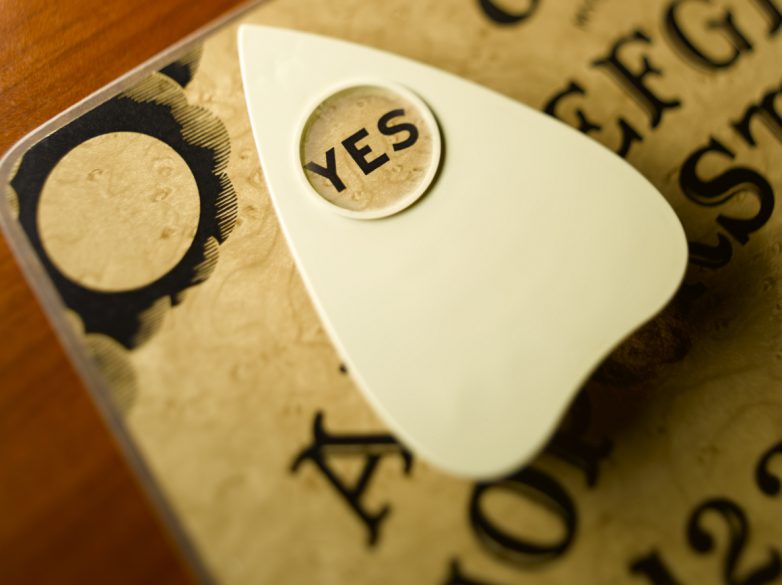 I had a date one time back during the 90’s with a woman who was a few years older than I. We talked about a lot of very interesting things and of course the topic of life after death came about.

She was carrying a burden on her heart. She wanted to know if her cousin was angry with her during the course of his demise, they were both very young kids at the time.

So I wanted to see if I could help because I wanted to help. She accepted the offer so I had suggested using the Ouija board. Sure enough without know her cousins name and what he looked like I was able to give her his name and described exactly how he looked without me ever seeing a picture of him.

I had asked if he was angry with his cousin (my date). His response was a very simple “No”. My date was then relieved and she told him she misses him and loves him. Later on after she left for home, relieved of anymore heartache and loss, I was able to help pass a message to someone on the other side.

It can be very rewarding at times being helpful, but if you’re not careful especially using the Ouija board it can give the user problems which I have battled. I just somewhat have one but I can still feel and see some very restless souls looking for their resting place and others just carrying anger and I can sense these feelings.

As for the Reincarnation Stories that is my way of being aware of a gift I may have.
As for myself I now live in a mobile trailer where the previous owner had committed suicide. I know his spirit is here, he doesn’t really like my presence being here but he’s not being a threat at all.

What so ever it seems, we both share an inner heartache but I’m showing him my inner strength by not doing what he wants me to do but I won’t give in.