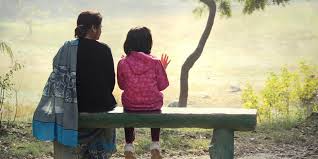 I don’t have exciting stories to tell like many of you, only a very interesting incident. It started when my son was not quite two years old. He had been a late talker, and so I had never spoken of his Great grandmother to him. She had been important to me, so I thought maybe now was the time to show him a picture of her and to tell him about her. I left him playing and went into another room to find a picture, and I came back holding it (a very small photo). He paid little attention until I was next to him and showed him the picture. He literally GASPED, dropped the top in his hand, then grabbed the picture, running his baby fingers over her face and repeatedly repeating the name “Bobby,” which was what I called her as a child. (Note: In thinking of this moment over the years, I wondered why if he were reincarnated, which was the only explanation I could imagine for this phenomena, he didn’t call her by her other nickname, which was “Topsy.” I still don’t understand this.) In any case, he kept stroking the picture, over and over, like a caress. That is the end of this incident.

We resume when I went from California where we lived to see my parents in Kentucky about a month after this happening. My father parked the car in the lower driveway, and he and I were carrying in my luggage when my son scrambled ahead of me up the first landing, then abruptly turned back to a small oval table there. He grabbed a small picture of my grandmother from it (a completely different shot of her), and showed it to me. “Bobby!” he said, holding it up.

My mother was waiting on the landing above us, and said she’d made coffee and was anxious to talk. So I went up, but first requested that she take us to the room she kept ancestors’ pictures hung, some quite old. In picture after picture, he identified my grandmother, still calling her “Bobby,” even in one old shot that I didn’t know as she was only a girl in it. My mother, however, did know that picture and said it was she.

Cut to the next visit, only six months later, when I could not wait to get home and have him repeat the performance now that he was old enough to answer some questions. Same scenario, him running for the stairs…but missing the oval table and the picture on it. I pulled him back to show it to him, but he no longer remembered the name “Bobby,” or anything else about her. Nor was he interested in the picture. I took him to see the ancestor’s hanging wall, but he didn’t know her in a single picture. And that is basically the entire story. I wish I had asked questions, young as he had been.