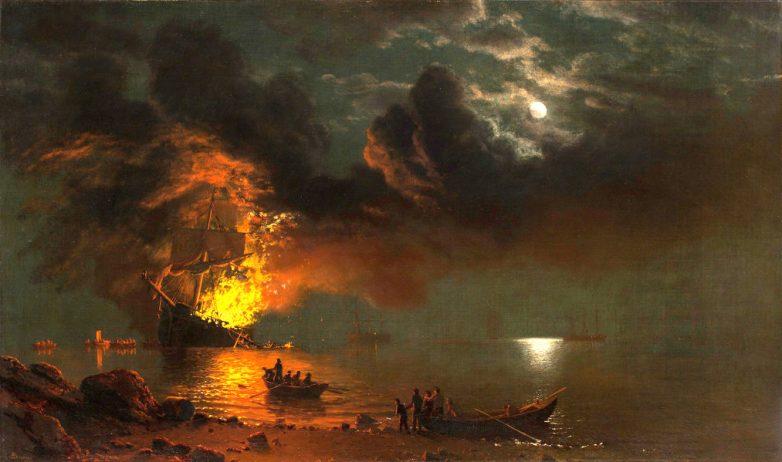 When I was a child of about 6 or 7 years old, I lived in Singapore with my parents. My father was working with an Indian overseas bank at the time. Back in the late 1980s, it was rare for Indian parents to encourage their children to sleep alone in their own room. But my parents began to adopt this non traditional practice and I soon complied happily.

A year into this, I began to often have night terrors, sleep paralysis and a feeling of flying out of my body. I would wake up feeling like I had crashed to the ground. Or at other times like something was weighing on my chest holding me down. Pinning my arms. I would be unable to scream out loud, though my brain wanted to. The sound just wouldn’t follow, and then I’d be jolted out of this semi wakeful state. Most nights I would then scurry out of bed and go wake my mother, who usually came back with me to my room to reassure me before putting me back to bed.

After a few months of this, a recurring dream began to replace these night terrors. Every night the same identical dream. I was a teenage girl, maybe 14 or 15 years of age. I was aboard a burning ship. There was screaming and shouting and chaos everywhere. It seemed as though there were two parties. One party had boarded the ship and were harming, perhaps even killing the ship’s crew and passengers. It was dark, nighttime, and the water around us seemed to be choppy but not turbulent. The fire on the ship was lighting up the night sky and sea.

The dream was so vivid and violent in nature that I was always terrified, gripped with the feeling that I was in danger. As a child I didn’t understand any of it, and within minutes of waking I’d have pushed it out of my head. This dream regularly featured till I was 8 or 9, and then it became less frequent. But I remember having it periodically till I was almost 15.

Memories that Surfaced During Past Life Regression

Many years later when this dream had ceased and I had all but forgotten about it, I was introduced to Dr Weiss’s books on reincarnation therapy. As a Hindu the concept of reincarnation and karma is well integrated into our upbringing. So it didn’t take much to draw me into further exploration. As I began to practice self meditative regression, during a session, I suddenly found myself back inside that dream. I was more aware of myself and my surroundings this time. My hair was straight and dark, I felt healthy and well cared for. I was South East Asian, in retrospect I believe my clothing looked like it belonged to Burma or Thailand. My clothes were well made and in rich silken fabric. As I began to look around me some details started to emerge.

Attack on a Ship

The ship appeared to be a royal barge of some kind. It looked like it belonged in the 18th century. It had ornate woodwork and gold paneling. The scene of the attack began to be more clear. There were many attendants and soldiers who were all busy fighting the intruders, who appeared to be Arab invaders or pirates. I was crouching behind some large chests on the deck, I had a companion with me, a hand maid of some sort, close to my own age. Also, I knew I was important and therefore I should stay hidden. I was also aware of the danger of being a young female.

I sensed that my family had been on board with me, but I didn’t know where they were now, or if they were still alive, I was also aware that the ship perhaps belonged to us. As I watched the guards and servants being murdered, the hope that my family were all alive began to sink. I made a resolve to escape. I turned to my companion and told her we would have to take the first chance to jump off the ship.

Fire on the Ship

When a diversion occurred with a barrel of oil blowing up from the fire, we dashed to the edge and threw ourselves into the water. I was suddenly aware that this was the Indian Ocean and we were not too far from land. There were islands close by, in the darkness. I remember being panicked and scared, but I was determined to survive. We swam desperately towards what we believed to be the coast. The next thing I could see was that somewhere along the way, my companion had disappeared. It seemed as though we had been separated by the currents or worse perhaps she had drowned. I felt heavy hearted but adrenaline kept me going.

Even as the waves dashed me here and there. Soon enough my feet started to feel ground beneath me and I was coming up on a sandy beach. I swam harder than ever fearful of having been followed. That’s when I dragged myself onto the shore, crawling through the sand. I remember feeling exhausted. Drained of all emotion. I knew in my heart that my family and crew were all lost. I wasn’t sure where I was or where I would go from here. As my vision of this lifetime began to fade, I was left with an incomplete story but I had a feeling that I would survive and go on to live a full life.