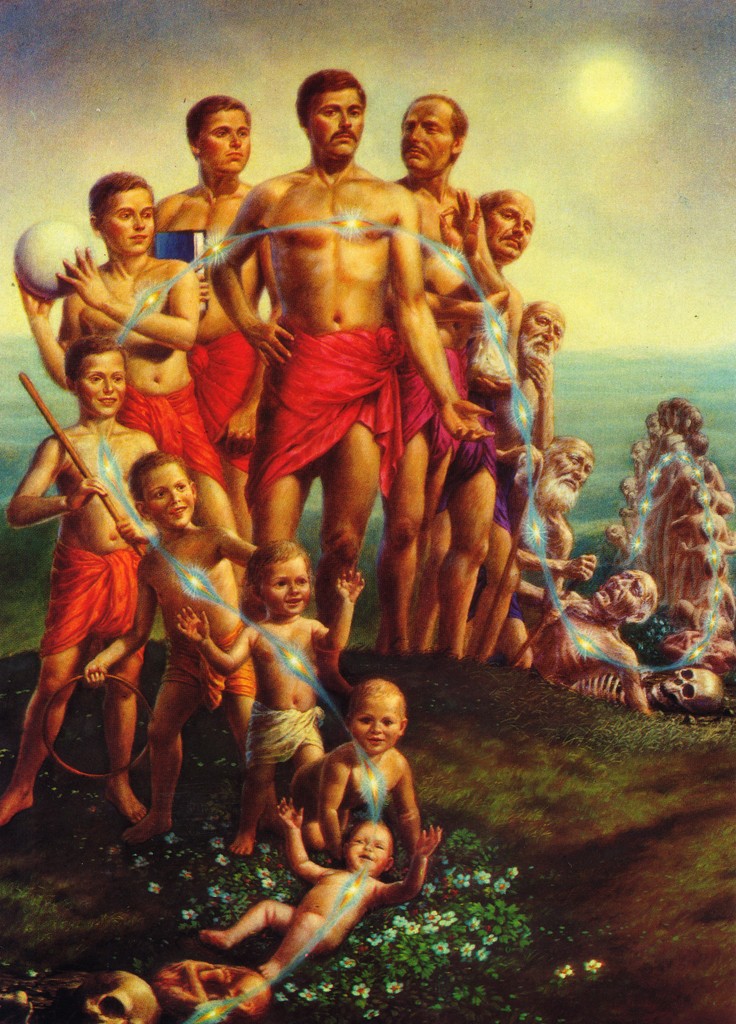 Reincarnation, the concept of a continuous soul rebirth into different bodies, was said to have originated in Eastern religions. The first appearance of reincarnation in a doctrine was documented in the teachings of Hindus, Taoists, Tibetan Buddhism and other Eastern religions.

However, some historians argue that Ancient Greece and some of its philosophers discussed and believed in a concept very similar to reincarnation. The famous Plato in his Phaedo and The Republic included theories about the existence of the soul and life before birth. Plato was not the first of the Greek philosophers who mentioned a theory similar to reincarnation. It was Pythagoras who first advanced the idea, although reincarnation was not the name used to identify it.

The Orphic religion, from Ancient Greek, is a set of religious beliefs and practices taken mostly from the teachings of Orpheus, a mythical poet. The doctrine first appeared in Thrace upon the semi-barbarous north-eastern frontier. Orpheus’ teachings included theories on the soul and body. According to this teaching, the soul divine and immortal while the body is a prisoner or vessel. After the death of the body, the connection is broken but the wheel of birth allows the soul to imprison another body.

Another early Greek thinker who believed and discussed metempsychosis is Pherecyde. Pythagoras, who is said to have been Pherecyde’s student, is its first famous philosophic exponent. Pythagoras brought the Orphic doctrine from North-Eastern Hellas to Magna Graecia and by instituting societies for its diffusion.

In the West, the real weight and importance of metempsychosis is due to its adoption by Plato. Anthropologists and other scholars studied Plato’s work. According to Plato, after death, the soul travels to the place of Judgment but the souls return from heaven and purgatory to continue their earthly existence as humans and animals.

Even in Roman literature, reincarnation is found in the theories of Ennius, who studied Greek philosophies in his Calabrian home. Familiarizing himself to those theories, he wrote his own Annals in which a passage is found, related to reincarnation. This lost passage from his Annals, a Roman history in verse, Ennius recounted how he had seen Homer in a dream. Homer assured him that the same soul which had animated both the poets had once belonged to a peacock.

Famous Greek philosopher Pythagoras was the first one who had advanced the idea of reincarnation, other than him Plato also believed in reincarnation. Orpheus has taught that soul is an immortal and it aspires to freedom, freedom from the physical body. And the physical state in which it resides is the prisoner. Death causes a separation of the soul for a limited period of time, thus the soul continues to travel and find more physical states and that can be of any men or animal. The soul has to complete a circle as it has to achieve its way to God because originally it has originated from God.

Pythagoras was the student of pherecydes who has firstly generated the idea of metempsychosis and Pythagoras has promoted that doctrine to Magna Graecia and had instituted societies to import his thinking.

In later Greek literature the doctrine appears from time to time; it is mentioned in a fragment of Menander (the Inspired Woman) and satirized by Lucian (Gallus 18 seq.). In Roman literature it is found as early as Ennius, who in his Calabrian home must have been familiar with the Greek teachings which had descended to his times from the cities of Magna Graecia. In a lost passage of his Annals, a Roman history in verse, Ennius told how he had seen Homer in a dream, who had assured him that the same soul which had animated both the poets had once belonged to a peacock.

Persius in one of his satires (vi. 9) laughs at Ennius for this: it is referred to also by Lucretius (i. 124) and by Horace (Epist. II. i. 52). Virgil works the idea into his account of, the Underworld in the sixth book of the Aeneid (vv. 724 sqq.). It persists in antiquity down to the latest classic thinkers, Plotinus and the other Neoplato.

In conclusion, Ancient Greece believed that the soul will continue to exist even after the death of the physical body, and that they will be reborn into new lives in either human or animal vessels. In the same era, there were already discussions and teachings about the immortality of souls and that both human and animal have souls to begin with.

These beliefs and theories reinforce what is contained in Eastern religious doctrines about reincarnation, even the belief in animals having souls. That is why, there are some historians that argue that reincarnation originated from the Early Greek philosophers and their ideas were incorporated in the Eastern religions by way of trade or other possible means of transfer.